As I lay here in bed listening to my 100+ pound dog snore, I wonder what is happening to my life. I have worked hard to try to do what was best for my family, but I keep feeling like I’m letting everyone down. I feel like I’m alone. The one person I’m supposed to be able to talk to gets mad at me and doesn’t understand. I feel like I’m his enemy. I hate it. I miss him. I miss us. I feel like I’ve already lost him.

Sometimes I just want to run away from being me. Work, home, kids, family, responsibilities, clients, all of it. But then I remember that despite it all, I love them. I love my kids, I want the best for them. I don’t want to coddle them, but I dont want to lose them either. I love my husband. I don’t want to lose him, but I hate how unhappy he is. I just feel like he regrets me.

I just don’t know because we don’t talk. We fight, we jab. We both get defensive, but we don’t talk anymore. I miss that. I miss telling him how I felt, no matter what. I miss all of it. I hope it’s not gone. I hope its just hiding and we can pull it back out. Our toolbox is broken, but how do we fix it when one won’t help? I can’t do it alone. 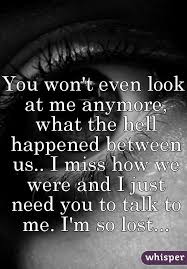 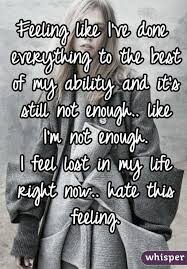 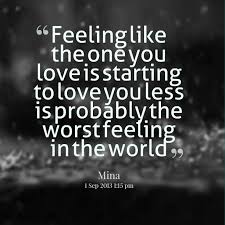 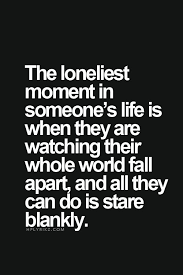 This is #2. He needs the most, but everyone wants to give him the lady because of how he acts.

3 cups of coffee,  not enough.

I have been that close to losing it all day

This is where so many fights start. Just LISTEN the first time.

Oh, I’m sure I’m screwing them all up.

Even when I’m grumpy about our time apart, I believe this.

At least I hope so.

This was so me today.

And the last one at night, in case your were wondering.

I do appreciate you Alex. I know I can be difficult and grumpy, but I appreciate that you listen to me.

Trying to go back to posting almost every day. I don’t know what to type though. This is the fourth post that I have started in the last fifteen minutes. The first one was a journal prompt “Five ways to Win my Heart.” Then, there was a Shakespeare quote about expectation. Then a post about the upcoming week. I could not get one of them actually going without sounding ridiculous, whiny, or crabby. Not that I think this one is off to a great start either, but at least it is honest. I guess I could combine them all.

Five Ways to Win my Heart

2. Surprise me. Dinner, date night, flowers, a note, a phone call, a visit, or whatever. I like surprises.

4. Accept me as I am. I get mad for no reason. I hurt easily. I cry for no reason. I love romantic movies. I have four…unique…children who have a…difficult…father. I get jealous. I have trust issues. I like my hooded sweatshirts. I change my hair when I feel like I am losing control. I like to dress up once in a while, but I am not a girly girl. I make mistakes, a lot. I can be selfish. I hate exercise, but I love to eat, especially my junk food.

“Expectation is the root of all heartache.” William Shakespeare

Isn’t that the truth! Typically people only upset us when we expect something. Either because of past actions, words they have said, past experiences in our lives, books we have read, movies we have watched, stories we have heard, or whatever. I don’t want to say that we shouldn’t expect things, but when someone or something upsets us, we need to step back and look at our own expectations.

Tomorrow is the dawn of a new week. I get to go to work. The kids head to KD’s. I have my first coparenting counseling session. We have parent-teacher conferences. I get three nights with Alex, one of which will be with the girls. I may get a girls’ night this weekend. That’s about it.

Well, #2 was finally released from the hospital today. Yeah!! We are all home tonight. Even though they have driven me a little crazy, it has been nice to have them home. Tonight, I am thankful to be home, have these four home with me, and have them all be healthy (well, on the mend).

All week, KD was unavailable to do anything. He didn’t spend much time at the hospital with #2. That is until he found out that the kids were at my mom’s. Then he went ballistic. I gave him the option on Wednesday to take the kids Thursday. I told him that I needed to know by 11:00 AM, but he never gave me a response so I made other arrangements. Yes, we did think that #2 might go home yesterday, but it all hinged on him not puking. There was never a definite that he would come home yesterday, obviously since he stayed another night.

Then last night, Alex decided to send me a text that said, ” I know you don’t need this now, but I can’t do his s*** for 13 years.” I told him that he was right, I didn’t need it now. I also told him to just walk away then because together or just friends, he will still have to deal with it. That the only way to not deal with it is to shut me out completely. I don’t want that, but if it is what he needs to do to be happy then so be it. I will survive, it’s what I do. I survive.

Although they don’t even know this blog exists, I need to send a big THANK YOU to the people who did get me through this week. First, my 79 year old grandmother who took #1, #3, and #4 on Monday night, and took #1 and #3 on Tuesday and Wednesday night. Second, a woman I hardly know. I know I can trust her because she watches A1 and A2. She took #4 on Tuesday and kept her until Thursday. She had never even met #4 before and she kept her for two days straight. She is truly amazing. These two women were my angels this week. And even though I had to resort to tears to get her to reluctantly help, my mother was too. My supervisor put me on a leave of absence without a second thought. We had a couple pretty amazing nurses too.

On a plus note, I got my financial aid (read L-O-A-N-S) award letter today. As long as I can keep up on my scholarship, I might actually make it through law school.

It has been a long week sleeping in a hospital. I think it is time to turn off my computer, curl up into my bed, and pass out.

I need to remind myself of this often. I also need to remember that I am who I am because of all the crap.

It was natural to believe that she had found someone who might be able to take care of her in all sorts of ways. Was it so wrong to want that? No one had ever really taken care of her. Not her father and not her mother, not really.
~Laura Lippman, and when she was good

Wow. That’s all that quote gets.

I need to keep reminding myself of this.

Who I Read When I Can

Sharing one life story at a time

This WordPress.com site is the cat’s pajamas

From play dates and play-doh to sexy pumps and red lips. Dating and finding love again as a single Mom.